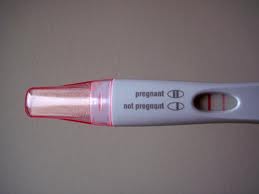 Early discovery of a pregnancy can be an important factor in making decisions about your baby and his/her prenatal health.  Although, a visit to the doctor may be the only thing that can confirm early pregnancy, there are several signs that can indicate a baby might be in your future.  If you think you could be expecting, consider that there are several things you can look for in terms of changes with your body.

First of all, a missed period is often indicative of a pregnancy.  However, periods are not always regular, especially in young girls or women with certain health conditions.  Also, be aware that spotting, or light bleeding sometimes occurs during pregnancy when the fertilized egg begins to implant itself in the uterus.

In addition, early signs include changes in the breast, such as darkening of the areola, increased sensitivity, swelling, and tenderness.  Many women express a soreness or tingling as the result of an increase in pregnancy hormones.

Morning sickness can occur as early as the first week of pregnancy and is present in 50% – 95% of women during the first trimester.  It consists of nausea and vomiting that can occur at anytime, but seems to be particularly worse in the morning, when blood sugar levels are low.

Other medical indications that might suggest pregnancy include an increase in body temperature for an extended period of time, constipation, frequent urination, headaches, heartburn, dizziness, fatigue, and fainting spells.

Mood swings are also common during pregnancy, as the expecting mother goes through hormone changes and an adjustment period.  Unexplained emotional highs and lows, that fluctuate without warning are often felt throughout the pregnancy and for a period of time once the baby is born.

As the pregnancy progresses, weight gain, bloating, and cramping are inevitable as the uterus expands and the baby grows.  It is also not uncommon for expecting mothers to have food cravings during her pregnancy for foods that are salty, sweet, or even spicy.

An over the counter pregnancy test can be purchased from any drug store.  They are fairly accurate at detecting the pregnancy hormone called HCG by assessing a sample of your urine.  Some urine tests are able to detect pregnancy as early as 4 days before a missed period.  In addition, blood tests can be given by a doctor’s office or clinic to confirm that you are expecting.