In addition to simply receiving advice, it is important for teens to take a hard look at the facts and figures concerning adoption statistics to help pregnant teens consider all of their options. Adoption is often one of the only ways some couples who face challenges with infertility can have a child of their own. In fact, about 40 percent of adults in the United States have considered adopting a child. There is a huge demand for children to be adopted, particularly babies. One of the biggest concerns that pregnant teens have when they are considering all of their pregnancy options is that they won’t be able to find a family that is well prepared to take care of their baby. Fortunately many adoption agencies and adoption programs work diligently to screen and interview applicants, and only allow financially and emotionally prepared couples to consider adopting a child or baby.

The Truth About Adoption:

Despite many misconceptions about adoption, the baby that is placed up for adoption typically has an excellent time adjusting to their new family life. The younger the baby is, the better they are able to handle the transition. According to a study completed on adoption and children who have been adopted, the children that are adopted as babies do just as well as non-adopted children when it comes to measures on mental health. In the majority of cases, the impact of adoption on children is overwhelmingly positive. Because adoptive families provide supportive environments that are loving and full of care, the adoptee will likely not feel any differently than non-adopted children.

Even pregnant teens who find that they are comfortable with the idea of placing their child up for adoption, they still might worry about the lasting effect such a dramatic move will have on their well-being. The point of adoption is typically for a young teen to give her baby a life she is unable to provide because of her limited income, education and resources. Once the young mother is able to realize she is doing something sacrificial and important for her unborn baby, she can begin to realize the benefits for her in the long term as well. Teens that are still in high school or college when they get pregnant realize that by giving their baby up for adoption they will still have the flexibility in their future to attain a higher education and a better life both financially and emotionally than they might have when they keep the baby.

While adoption is not a viable option for all pregnant teens, it is something that should be considered for the welfare of the unborn baby. For teens with a strong financial and emotional support system from other family members, deciding to keep and parent the child might be a better option. However, teens without that structure or teens that know they can promise their baby a better life by placing him or her up for adoption might be making the best decision for their unborn baby.

As far as long-term emotional coping, the mothers in a Columbia University study showed that four years after giving birth, the mothers who had chosen adoption for their babies were more likely to be satisfied with their job, finances and relationship with their partners. They were also more likely to be optimistic about their own future. The women were also less likely to suffer from depression. Keeping this advice for teens considering adoption in mind, it is best for each teen to assess their own situation to come up with the solution that is best for her and her unborn baby. 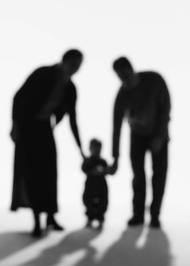