According to teenage pregnancy statistics by state, the south and southwest states in America are responsible for the highest number of teen pregnancies. About ten percent of all U.S. births are to teens under the age of 19. Also according to the teenage pregnancy statistics by state, three in 10 teens in the United States are pregnant. The number of teen pregnancies also contribute to the total number of unplanned pregnancies that take place in the U.S. totaling about half of all pregnancies.

Areas with huge metropolitan cities in states like California and Texas are among the highest reporting states for teen pregnancies with both reporting over 60,000 unplanned teen pregnancies each year, according to teenage pregnancy statistics by state. According to the list, the top highest states are Nevada, Arizona, Mississippi, New Mexico and California. While teen pregnancy statistics have been steadily declining in the past few years, they are still incredibly high compared to other developed nations. For example, the United States compared with Europe showcases about the same amount of teens having sex. However, the teens in European countries are more likely to use some sort of birth control or contraception, which means teens are less likely to get pregnant in Europe compared to the United States.

Because of the difference in demographic dependent upon the state, it is clear that some states have a bigger problem with sexual education compared to others. Areas in the south and southwest might have more larger cities with more lower-class families. This could be a contributing factor as to why there is not as much funding in the inner-city schools to focus on teen pregnancy prevention.

Because these areas are indicative of a larger problem among certain classes and races, the concept of teen pregnancy prevention really needs to be taken more seriously in these areas like Texas, California, Nevada,  Arizona, etc. as well as the bigger cities and metropolitan areas. Tax payers throughout the United States currently pay about $10.8 billion each year to young mothers who cannot financially afford to take care of their unplanned babies. Because the country is paying so much money toward this cause, it is so important to make sure this is a matter that is addressed both by parents at home as well as educators in the public school system. Teens having access to birth control and understanding how to use it properly is the best way to prevent teens from having unprotected sex, which can easily result in unplanned pregnancies as well as the transmission of sexually transmitted infections and diseases.

Parents and teachers alike need to take an active approach in making sure these teenage pregnancy statistics by state continue to follow this downward trend. Even though the numbers are going down, they are still exceptionally high. Teaching teens about the benefits of teen abstinence as well as how to properly use birth control and contraception is an essential part in making sure these teen pregnancy statistics continue to decline throughout the country. 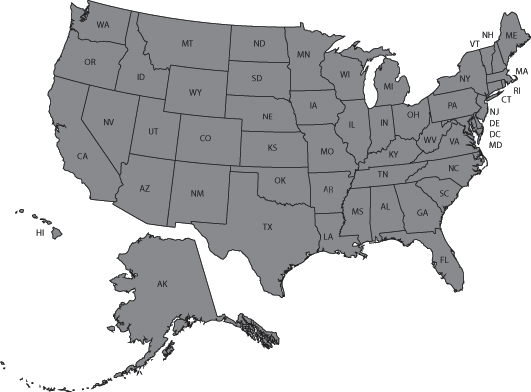