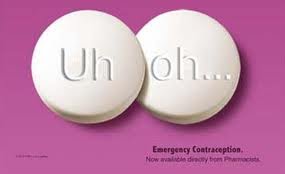 In the stores, EC is often referred to as the Morning After Pill or by its brand name: Plan B, Next Choice or Ella. Depending on the type of emergency contraception, you can get this medication in most pharmacies over the counter. If you are under the age of 17 in most states, you have to have a prescription or a parent’s permission. EC contains hormones similar to what is is the normal birth control pill, but simply more that work to effectively prevent a released egg from implanting if it is indeed fertilized. Because most members of the medical community including the American College of Obstetricians and Gynecologists as well as the United States Department of Health and Human Services have taken the stance that pregnancy actually begins with a pre-embryo completes implantation into the lining of the uterus, preventing that process from happening is not considered abortion.

EC can be purchased over the counter at most pharmacies for women and men over the age of 17. You can also get a prescription for the medication from your local Planned Parenthood or other women’s health center. The medication typically costs anywhere from $10 to $70.

On the other hand, medicated abortion does exactly that. The abortion pill (also known as Mifepristone, Mifeprex or RU-486) works to induce abortion if used within 63 days after the first day of the last menstrual period. It is used with another medication (Misoporostol) which is used to complete the abortion. It works to end the pregnancy by blocking the hormones that are necessary to maintain a healthy pregnancy. The second mediation is used to cause the uterus to contract and empty. A medicated abortion is highly effective if used within the time frame. It is also supervised by a doctor to ensure the induced miscarriage is successful and does not cause excessive bleeding or other complications with the pregnant woman. This process is considered safe for most women. There are risks associated with it however, just like with other abortion procedures. There is a rare case of death that has been reported with all types of abortion. However, it is still considered safer than carrying a pregnancy to full term.

A medicated abortion can be done at an local Planned Parenthood or through a private clinician. They typically cost about about $350 to $650.