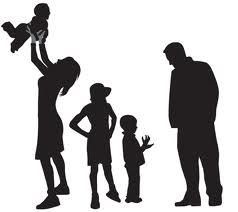 Considering adoption? Whether it be to have your child put up for adoption or you want to adopt yourself, there are many things to look at as you decide the best course. To help you, here are some statistics about adoption. These adoption statistics may help you with your choice.

For the first time in United States census-taking history, in 2000 the census added the category of  “adopted son/daughter” to distinguish between stepchildren and biological children. This helped track how many adopted children live within the United States. The 2000 Census included a section on adoption to help distinguish among the types of adoption as well. For example, is the adopted child a biological relative? The following are some adoption statistics released in 2003 concerning the 2000 Census adoption findings:

Lately there has been a news surge about celebrities adopting from foreign counties. It is often faster to adopt from a foreign country than it is to adopt in the United States with an average time being about a year. However, expenses can be greater as most usually have to pay for travel as well as the countries adoption expenses. Whether or not this is an option in your case, the international adoption rates have been rising. In looking at the international adoptions from 2003:

Understanding the trends and adoption statistics behind a major decision such as adoption can help your finalize what you want to do. Placing a child in adoption, or adopting a child are both major decisions. If you going to adopt a child or teenager, research the company you want to use for the adoption service, consider the country of adoption origin and prepare to enlarge your family!