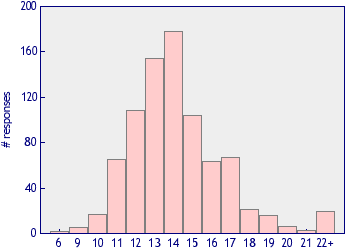 According to the National Campaign to Prevent Teen and Unplanned Pregnancies, 3 in 10 girls in the United States become pregnant at least once by age 20.  With more than 400,000 teen births annually, the nation has the highest rate of teen pregnancy and childbearing in the industrialized world.  Fortunately, in 2008 there was a 2% decrease in the number of teen pregnancies, compared to the previous year.  Overall, teen birth rates have steadily decreased since 1991.  However, between 2005 and 2007, they increased approximately 5%.  Therefore, the fact that teen births are on the decline again is hopeful news.

While teen birthrates may have decreased  2% overall between 2007 and 2008, there is some variance in the number of births by age.  Birth rates for girls aged 18-19 decreased by 4%, and the 15-17 age range only decreased by 2%.  However, the birth rate for girls aged 10-14 remained unchanged.  Statistics also a decrease for all race and origin groups between 2007 and 2008.  However, the number of teen pregnancies in Hispanics and certain other ethnicities is up to three times higher than those of non-Hispanic white teens.

General risk factors associated with teenage pregnancy and childbearing include growing up in a single parent family, a lower socioeconomic status, parents with low levels of education, violence or abuse, and poor academic performance.  If the mother was a teen parent, the teenage daughter is more likely to become pregnant as a teen.  In addition, teens who have friends or older siblings who are sexually active, who begin dating at an early age, or who date someone 3-5 years older are at a greater risk.

The decline in teen pregnancy in the year 2008 suggests that progress is being made.  However, the exact causes for the recent decrease are still unclear.   A research study conducted by the Guttmacher Institute states that it is due to the successful promotion of abstinence and safe sex practices which involve contraceptives.  An estimated 80 percent of teenage pregnancies are unintended, suggesting that the issue may be related to a lack of access to contraceptives or an education about these products.  Many teens admit they were too embarrassed to seek such information.  Teenagers who do not use a contraceptive at first sex are twice as likely to become teen mothers as are teenagers that do.  Therefore, early intervention may likely be the key for prevention.

Although the impressive decline of teen pregnancy in 2008 brings hope, there is still much that can be done to improve teen pregnancy prevention.  The Department of Health and Human Services provides significant funding for educational programs that focus on abstinence, disease prevention, and personal responsibility.  A number of grants are being issued, including those that support health and social services for teenagers, while incorporating parental and community driven involvement.

In addition, it is important that teens are taught abstinence in the home, as it is the only method of birth control that is 100% effective.  Parents need to discuss the negative consequences of a teen pregnancy with their teenagers and help them to set personal goals for a successful life; one that does not include the challenges that teen parents must face.