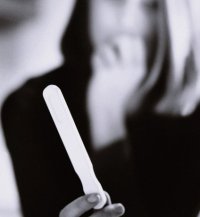 Medical costs of having a baby cost from about $10,000 to $15,000 just for all of the hospital costs including delivery, tests as well as prenatal care visits. For teens that are lucky enough to have health insurance, the majority of these costs can be paid for with insurance coverage. For teens who can show a financial difficulty and are over 18 years old can get government assistance through Medicaid to help pay for the medical expenses. Other expenses aside from medical include maternity clothing as well as plenty of supplied for the baby. Some of these start up costs of teen pregnancy preparing for the baby include: crib, crib mattress, sheets, bedding supplies, bassinet, mobile, rocking chair, stroller, baby clothing, bibs, car seat, swing, bouncer, baby toys, books, bath tub and other toiletries, diapers, wipes, baby towels and wash cloths, breast pump or formula, bottles and bottle supplies, safety gates and many more. The costs of these supplies can range anywhere from $1,700 to $4,600. When trying to save on the financial costs of teen pregnancy while preparing for the baby it is smart to visit consignment shops, or second hand stores to find what kinds of deals you can get on the cost of many of the baby supplies. Other costs to plan for include future doctor visits, baby food (after formula or breast feeding).

Other Types of Emotional, Physical and Mental Costs of Teen Pregnancy:

The emotional cost of teen pregnancy can be intense and often has to do with many of the financial strains a pregnant teen must face. There are other emotional factors like the relationship between the teen mother and father, what other teens are saying about the pregnancy, and more. Many teens stop going to school or do not pursue the idea of college or higher education because they cannot handle the idea of finishing school as a mom or the emotional cost of teen pregnancy while trying to go to school. This will later on cause the teen mother or father financial costs again because without a diploma or degree, they are less likely to make as much money in their lives as they otherwise would have. The mental costs of teen pregnancy are evident when the teen is unable to finish school because they are cutting themselves short of their true educational potential or making the education process that much tougher if they are left to finish school on their own. Physically, there are also many costs of teen pregnancy. Pregnancy can be physically straining on anyone especially a teen whose body is not physically ready to handle the strains of pregnancy and delivering a baby. Pregnant teens are also more likely to experience problems with the pregnancy because of the physical costs of teen pregnancy. Teens are more likely to have a miscarriage or a premature birth than adult women who are pregnant.

Costs of Teen Pregnancy on Society:

Because many teens do not have health insurance or the financial income to support themselves as well as a newborn baby, teens often have to turn to government programs like Medicaid to pay for the medical expenses as well as future doctor visits for their baby. Teen mothers also often have to take part in other government-funded programs like Women, Infant, Children (WIC) as well as food stamps and more. The money from these programs comes primarily from tax payer dollars. According to recent number, the cost of teen pregnancies throughout the United States on tax payers has resulted in about $9.1 billion. All of these costs from emotional to financial are important costs to weigh when teens are thinking of becoming pregnant or willing to risk an unintended pregnancy by not having safe sex. The costs of teen pregnancy don’t just affect the teen mom and dad, they also affect the baby as well as tax payers throughout the United States.