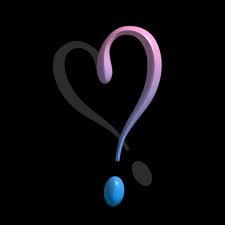 Here are some reasons that teenagers might get pregnant:

Want to get pregnant

In some cases, a teenager may actually want to be pregnant. She may feel as though she is ready to have a child, or she may want to have a baby in order to help convince a boyfriend to stay in a relationship. However, it is important to note that most teenagers do not actually want to become pregnant. According to FamilyFirstAid.org, 80% of teen pregnancies are not intended. This means that only 20% of those teenagers having babies actually planned on having the child. Because such a large amount of teen pregnancies are unintentional, it is clear that there are other reasons that teenagers are getting pregnant.

Some teen girls become pregnant as a result of unwanted sexual intercourse. This can be the result of rape (including date rape), or for some other reason. It is also important to note that in some cases girls may not personally feel ready for sex, but they feel pressured into it. While this is not exactly rape, the pressure that many teen girls feel to satisfy their boyfriends is very real, and this can lead to reluctant sexual relationships. FamilyFirstAid points out that 75% of girls say that the main reason they have sex is because their boyfriends want to. This means that even though the girls may not be physically forced, they could be under emotional duress. These relationships can lead to teen pregnancy. It is important to help girls understand how to focus on their own value, rather than being pressured to relate their value to their sexuality.

In any case, the lack of birth control is a factor in some teen pregnancies. Without education about birth control, teenagers are more likely to become pregnant if they are sexually active. The real key to reducing teen pregnancies is education. Parents need to talk to their teens about their expectations, and educate them about appropriate practices so that their teens are able to make better decisions about sexual intercourse.