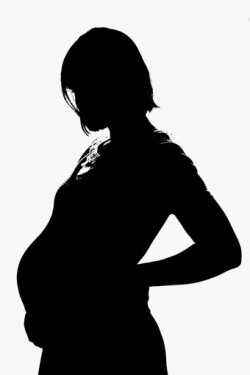 There are several birth defects that are associated with teenage pregnancy due to several different connections with the behaviors and choices of teenagers.

Both because teens may be less attuned to the signs that could let them know they are pregnant and because the same risk-taking behavior that could lead a teen girl to engage in unprotected sex could also lead her to alcohol consumption while pregnant, Fetal Alcohol Spectrum Disorder for her unborn child might be a result.

The symptoms of FASD include head and facial structure abnormalities; low body weight and lower than average height; a lack of physical coordination; problems with attention, poor memory, reasoning, and judgment; hyperactivity; learning disabilities and low IQ; physical problems with sight, hearing, the heart or kidneys, and the skeletal structure.

In a planned pregnancy, a woman is advised to start taking prenatal vitamins that include folic acid about three months prior to attempting to get pregnant and to continue taking them during pregnancy. Folic acid is also added to breakfast cereals. Folic acid is known to play a significant role in the prevention of neural tube defects, the most common of which are spina bifida and anencephaly.

However, in unplanned pregnancies, which accounts for many pregnancies of teens, the run-up to pregnancy by preparing with vitamins isn’t undertaken. In addition, teens may be less likely to eat any breakfast (let alone one including the fortified cereals) and less likely to recognize that she is pregnant and seek regular prenatal care that would alert her to the need for folic acid in her diet.

In a case of spina bifida, the spinal column of the fetus doesn’t completely close during the first month of pregnancy, which usually results in nerve damage with some paralysis of the legs. In a case of anencephaly, large portions of the brain do not develop, and as a result, the baby will either be stillborn or die soon after birth.

Teen pregnancy is a risk factor for low birth weight, which is associated with risks of: