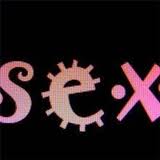 Parents, concerned about the physical and emotional well-being of their children, often wonder where they can get information about how likely it is that their teens are engaging in sexual activity. Teen sex statistics make it clear that it is important to speak with children about safe sex and appropriate sexual behavior when they are younger. This is because, according to the Guttmacher Institute, by the age of 19, 70 percent of teenagers have engaged in sexual intercourse. This means that the chances are that your children will have sex as teenagers. Not talking about it won’t change anything.

Parents have a unique window of opportunity to educate their children about sexual intercourse and other issues related to sex. By age 15, only 13 percent of teenagers have had sex. This means that, on average, most teens do not become sexually active until after the age of 15 – with most kids have sex for the first time around the age of 17. While this might seem alarming, the Guttmacher Institute reports that this represents a shift; teens are actually waiting longer to have sex. However, even with this delay, teens are still having sex. It is also worth noting that of those teenagers who do not have sex by the time they are 20, 10 percent have engaged in oral sex.

Most females have sex for the first time with a partner who is between one and three years older. For the most part, the first sexual experience had by teen girls is with someone they are seeing regularly: boyfriend, fiancee, live-in partner or husband. It is worth noting that the younger a teen girl is when she has her first sexual experience, the more likely it is that it was involuntary.

While it can be uncomfortable, and many parents do not want their children learning about safe sex topics like contraceptives and even sexually transmitted illnesses (STIs), there is some merit to instructing teenagers in the proper use of products meant to encourage safe sex.

Here are statistics revolving around contraceptives. It is clear that education in this area can help prevent unwanted pregnancies:

If a sexually active teen does not use contraceptives, there is a 90 percent chance that she will become pregnant inside a year.

Sexually transmitted illnesses are serious. Proper education could curb the spread of STIs among teenagers. Here are some teen sex stats related to STDs:

When one looks at the teen sex statistics, it is clear that most teenagers have sex. It appears that education can help delay teen pregnancy and even the age at which teens have sex. Fewer teens are having sex at an earlier age in the U.S. and the teen pregnancy rate is going down. This seems to indicate that improvement is being made on some levels.